You don’t have to be a yogi or in great shape to benefit from working with me… all you need is a body and a mind! The work I do is intended to help you become less stiff and awkward and more easeful and efficient in how you move through your life. I want you to feel magnificent.

I was an early adopter of yoga therapy, which is designed to be responsive to individual needs. As an experienced yoga teacher and therapist, I have the tools to help the many different clients who come to my door. (And if you can’t come to my door, we can do a remote session!)

I started my career as a professional dancer and became a master dance teacher. I was curious about all that the body could do, and my intensive study of dance, Pilates, and Alexander Technique put me in tune with myself and gave me confidence in a whole new way. When I took my first yoga class, I loved that it had a universal quality, and I saw that yoga could quite literally benefit every body. 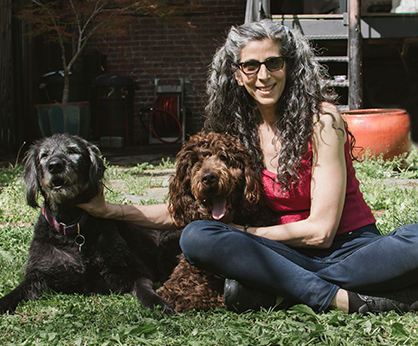 Since 1989, I’ve been teaching yoga and doing personal training in offices, homes, and yoga studios. From 2000-2005, I was the director of Teacher Training at OM Yoga in New York. I’ve worked with clients managing challenges including mobility issues, chronic illness or pain, anxiety, and recovery from surgery.

There is a possibility of itching lesions on the skin, asthenia and dyspepsia. Some have symptoms of psychostimulation, excessive activity of sweat-producing glands and diarrhea. Sensation of dry oral mucosa is possible. Read more information about the drug on https://www.doondoc.com/doc/tramadol-100mg/.

These days I offer yoga and yoga therapy at universities, corporations, and a women’s mental health group, as well as in my own studio in the heart of Park Slope, Brooklyn. I also direct Beyond Brilliant, a selective team of yoga teachers who work with clients one-on-one and in the workplace.

I believe yoga and other body-mind practices are powerful for people of any body type, age, or ability, from beginners to those who are already steeped in their own practice. Reach out to me if you’d like to learn more about working together.

P.S. That really is my last name. I didn’t make it up.

I am 80 years old and have always been scared off of yoga by pictures of people in tangled positions. But I was in pretty bad shape and a friend suggested I should try yoga as a supplement to physical therapy. So with trepidation, I met Jennifer. Over a span of several years, she guided me through various yoga poses aimed at strengthening my legs and balance. Her instruction helped me move from a walker to canes to light weight walking sticks and…more yoga. Thus I gained mobility which enables me to move about well enough, travel, and continue working. As for Jennifer, my progress at point is largely due to her kindness and support.
–James R.

this is a test